On the Couch with Bilal Khan 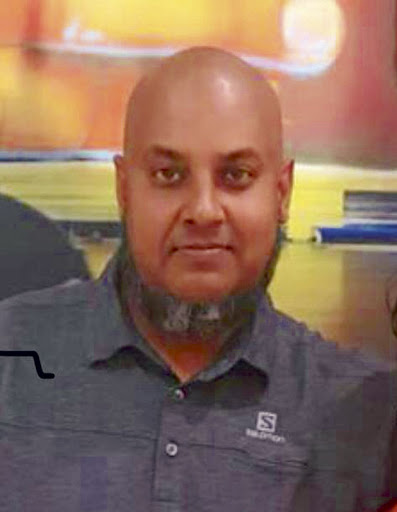 Bilal Khan is a community activist from Moorton. In January 2017, Khan founded the Day 2 Day Foundation which is dedicated to fighting social ills within the community. He is also a dedicated and outspoken member of the Moorton Alliance, currently serving as its deputy-chairperson. Khan is also a member of the Friends of R.K Khan Hospital (FORKK). The Chatsworth Tabloid spoke to Khan about the community initiatives that he is part off.


Chatsworth Tabloid (CT):
What inspired you to get involved in community activism and to start the Day 2 day foundation?

Bilal Khan (BK):
I am a firm believer in the philosophy which states that, “If you see something wrong, you should object and do something." It is rather unfortunate that many people see injustices being done but choose to remain silent as it does not affect them directly. We need to develop a culture whereby we want to assist in overcoming injustice without fear or favour. I have been involved in various community initiative…
Post a Comment
Read more

On the Couch with Elvis Govender Elvis Govender is a dedicated member of the local cricketing fraternity and has been involved in the game as an administrator, coach and player for more than 45-years. Govender is from a sporting family. He eats sleeps and breathes cricket. He devotes a large amount of his time towards nurturing talent from within Chatsworth as well as Kwa-Zulu Natal. Elvis Govender took some time off his busy schedule to chat to Tabloid Newspapers about his love, family and passion for the game.

Tabloid Newspapers (TN): Tell us about your upbringing?
Elvis Govender (EG): I was born in 1960 and come from a family which consists of four brothers and one sister. We previously lived in Bluff but were relocated to Chatsworth when I was one-year-old due to the Group Areas Act. I have lived in Chatsworth for 58-years. My father was a soccer player and my three brothers. I played both cricket and soccer. We played cricket competitively and at one stage my brothers Krish, Raymond and Stanley and I all play…
Post a Comment
Read more

On the Couch with Daryl Naidu Chatsworth resident Daryl Naidu affectionately known to many as ‘Nightmare’ is one of the most respected professional wrestlers within South Africa. In addition to being known for his wrestling talents, Nighmare is also a dedicated community activist who is committed to making a difference to the lives of others. Nightmare shared his Journey with the Chatsworth Tabloid.
Chatsworth Tabloid (CT):
Briefly tell us about your upbringing?


Daryl Naidu (DN):
I was a kid who had a very good upbringing from my parents and I was not born with a silver spoon in my mouth. I grew up in Chatsworth. I experienced struggles and did not come from a rich family. We had a hard life growing up. My parents taught us business sense. I have been through the good, bad and ugly of Chatsworth. I grew up as an innocent kid and eventually started becoming the people I started joining. Even though I have travelled the world and had a lot of international exposure, Chatsworth is where my heart is.

On the Couch with Elsubie Verlinden Elsubie Verlinden has earned her stripes as the South African Agent for The New York Film Academy and the South African Director for the ARTS International Expo (Orlando, Florida). She has helped facilitate local models and artists to obtain international education and degrees. Her models has booked top brands and walked the runways of New York Fashion Week, LA Fashion Week, SA Fashion Week and Mercedes Benz Fashion Week. Tabloid Newspapers had an opportunity to chat to the lovely Elsubie about her life and passion.


Tabloid Newspaper (TN):
Where did Elsubie grow up?

Elsubie Verlinden (EV):
I was born in KwaZulu-Natal, Empangeni to be specific, and have lived in Eastern Cape, from there I relocated to Johannesburg to start my modelling career. There, I worked as a commercial actress, where I performed as Nancy in Mr Bones 2, also had a role in Binnelanders a SA soap, I have done 21 local commercials, and 17 international commercials. Local radio personality, Sershin Narayadu is making waves on the local online radio, Megazone Hit Radio. The young man who is passionate about carving himself a successful career in the world of music as a DJ, and always made it a point to put his skills on display wherever he went, got his lucky break in 2017 and never looked back. Narayadu's talents have since been internationally recognised and has built himself a large international following. Tabloid Newspapers spoke to Sershin about his interests and passion.


Tabloid Newspapers (TN): In a nutshell, tell us about yourself, siblings and family
Sershin Narayadu (SN): I'm 27-years-old and come from a family of five which includes my dad, Paul Narayadu, mum, Naleena, sister Santisha and my niece Neha. We are a happy go lucky family that enjoys traveling the world and experiencing new adventures.

TN: Where do you hail from and where do you reside now ?
SN: I am formally from Newlands West in Durban. My family relocated to Glen…
Post a Comment
Read more

On the Couch with Anivesh Singh Anivesh Singh
Anivesh Singh is a social entrepreneur who is also dedicated towards promoting reading within Durban. He is the founder of Ripple Effect Health and Wellness booklets.

Singh holds a BA degree majoring in Political Science and Law from the University of Durban Westville and a Post Graduate Diploma in Industrial Relations from the University of Kwa-Zulu Natal. He has more than 20 years of experience in the publishing industry, having worked for Lexis Nexis as an editor and product manager. Singh took some time out of his busy schedule to speak to Chatsworth Tabloid about his life and work.

Anivesh Singh (AS):
Not being a morning person, I get out of bed under protest. Typically, the days are never the same. A lot of time is spent working the phones and responding to emails. I will spend some time reading through manuscripts, discussing cover designs with artists/designers. I try to avoid meetings, it’s m…
Post a Comment
Read more Port Shepstone born Carishma Basday is the Deep End lead actress and SABC 3 show Mela presenter. She is also a professional dancer and model. She started ballet dancing at the age of four and has since trained in many dancing styles including modern dance, jazz, contemporary, hip hop, belly dancing, funk, fusion, salsa and Latin American. Basday spoke with Tabloid Newspapers about her continuing journey.
Tabloid Newspapers (TN): Tell us a little bit about your journey?
Carishma Basday (CB): I have been a journalist for a local paper, a news anchor and journalist for a local news channel. I've landed a role in the play Les Miserables and a dancing show. In 2008, I obtained my degree in performing arts and media studies. I also acquired a diploma in behind the scenes work such as editing, script writing, lighting, directing and producing. I also attended Act Cape Town where I was trained as a film actress. I also signed with Artists One agency in 2009.